Find out the promotions of the Hotel Albano on the beach in Rodi Garganico! 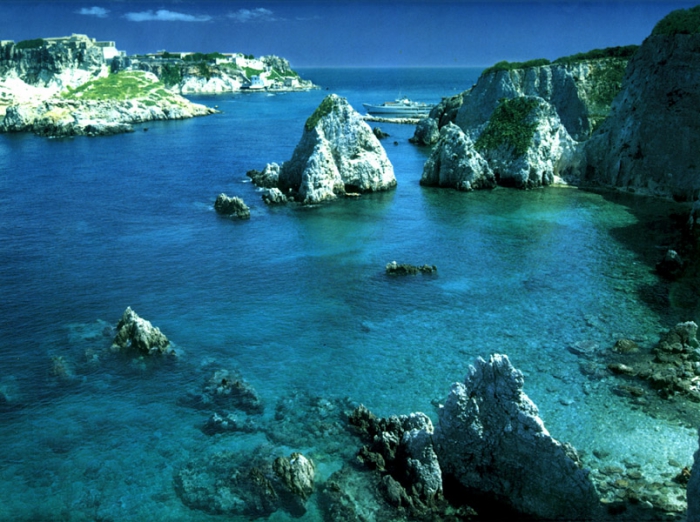 A lot of marvellous excursions into the nature, arts and faith. Every destination is easy to be reached, thanks to the central position in Rodi Garganico.

We plan visits to: San Giovanni Rotondo; Monte Sant'Angelo, to the Sanctuary of Saint Michael the Archangel; to the Tremiti Islands with direct boarding in front of the Hotel; Marine Grottos and Foresta Umbra.

GARGANO NATIONAL PARK
Rodi Garganico is a village whose marine roots are really ancient, it is surrounded by the citrus trees and olive oil trees that goes to the beach.

The tradition says that, in 1453, when the Byzantine Empire fell down, it came from Byzantium the "Madonna della Libera Board", that was lead into a procession on July, the 2nd, trough the streets of the village and, on the occasion of the Feast of Saint Rocco, after the 20th of August, there is another special appointment with the traditions of our enchanting village.

In that occasion the village has a lot of stands that are a great temptationf for children and adults. The feast ends with fireworks.

Riverbed of an ancient underground river, the Castellana Grottos are the widest in Italy, a fair and amazing underground landscape. More than 3 km long, at 71 meters under the sea level. The stalactites and stalagmites make of it a fairy landscape with so amazing shapes such as the Cyclops and the Owl, the Snake and the Altar, the Nativity and the Wolf, the Desert and the Virgin Mary.

On the Southern Murgia upland, among blooming hills, Alberobello with its typical trulli is kind of a Nativity. the trulli are a UNESCO heritage, they are known all over the world, and are rounded houses made of stone sheets that are put one over the other to the up, with sharp or rounded spires and above wich are usually painted some mysterious symbols. History attributes to the Count Giovanni Acquaviva from Aragona the identity of the trulli. When the decree Prammatica de Borbonis dictated the royal authorization on every houses, the Count forced his subjects to use stones witout using any cement. So, in case of governmental inspections, the trulli would have been dismantled and assemblred in few time.